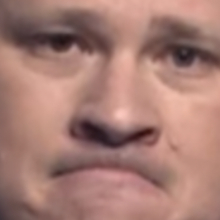 habbnetnews
Published on Nov 13, 2022
Throughout the 1980s and early 1990s, waves of unsolved murders, child abuse, and other heinous crimes swept the media and gripped nations with fear. Then a disturbing pattern began to emerge. Repeated accusations by surviving victims pointed to something much darker and much more methodical. Survivors, both children and adults, shared horrifying experiences of repeated ritualistic torture and murder committed in the name of Satan.
Dubbed "The Satanic Panic" by the mainstream press, accusations ranged in scope from daycare workers, foster parents, and schoolteachers to people in positions of incredible political power, authority, and influence.
30 years since the conclusion of one of the most predominant court cases regarding systemic ritual abuse, this recent history has been muddied and victims have been slandered. Often brushed off as barbaric fanaticism, religious hysteria, or a purely "American" problem, these cases were seen all over the world and all share more in common with each other than some may want to admit.
In this massive documentary, we are taking a close look at some of the most disturbing cases during this time period, the magic behind these rituals, and the biblical origins of this very ancient practice.
Thank you to everyone who has helped me build up my channel and stayed with me the past year. Sorry it's taken so long to make a new full length film but hopefully my work here will make it clear why it can take time to research, study, clip, and form a cohesive narrative out of the mass of info and disinfo out there on these subjects.
My aim with my documentaries is to provide an unbiased view of history that many people would prefer remain in obscurity for reasons that should become apparent upon viewing.
This is a VERY controversial topic, so please follow me on other sites in case I'm silenced here.
Find me on Bitchute: https://www.bitchute.com/channel/buaS...
My page on Thatswhathappened: https://thatswhathappened.tv/habbenin...
Odysee: https://odysee.com/$/invite/@HabbNNews:4
Discord: https://discord.gg/F2WuyQsC
Music credits:
Law Abiding Citizen - White Bat
Detroit Convention Center - Michael McCann
Night Dweller - White Bat
Taurus Apartments - Alexander Brandon & Todd Simmons
Air Terminal - Alexander Brandon & Todd Simmons
Minister of Culture - Alexander Brandon & Todd Simmons
Wave Street - Hiromitsu Maeba
Deep Darkness - Eric Brosius
City of Lost Angels - Mark Morgan
Radiation Storm - Mark Morgan
Arbiter's Grounds - Koji Kondo
Briefing Room - Kenji Yamamoto
Ruined Village - Misao Senbongi
Malaise - Misao Senbongi
The Pagans - Eric Brosius
Dark Torvus Bog Subterranean - Kenji Yamamoto