How the Media Are Used by the CIA to Manipulate Public Opinion: Disinformation, Covert Action (1987) 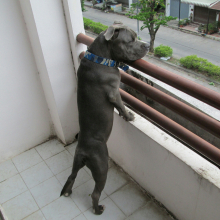 John R. Stockwell (born 1937) is a former CIA officer who became a critic of United States government policies after serving seven tours of duty over thirteen years. Having managed American involvement in the Angolan Civil War as Chief of the Angola Task Force during its 1975 covert operations, he resigned and wrote In Search of Enemies: https://amzn.to/3aTQkFR

In the mid-1990s, the CIA named Chase Brandon, an operations officer who was assigned to South America, as liaison to Hollywood. Brandon's film credits include The Recruit, The Sum of All Fears, Enemy of the State, Bad Company and In the Company of Spies. He has consulted for television programs including The Agency and Alias. He has appeared on Discovery, Learning Channel, History Channel, PBS, A&E, and has been interviewed on E! Entertainment, Access Hollywood, and Entertainment Tonight.

The Guardian journalist John Patterson criticizes the CIA assistance as being only to complimentary productions, including not running material, such as "the original pilot episode of The Agency, which was pulled. It featured the spymasters preventing a plot by a Bin Laden-backed terrorist cell to blow up a fictionalized Harrods. The airing of such an episode might have pointed up the real CIA's corresponding lack of success in foiling the World Trade Center attacks."

According to Brandon, the agency would not endorse Spy Game, starring Robert Redford and Brad Pitt. The final rewrite "showed our senior management in an insensitive light and we just wouldn't want to be a part of that kind of project", said Brandon, who also withheld approval from 24, a Fox series about a fictional intelligence agency, CTU. The Bourne Identity, based on the 1984 novel by Robert Ludlum, was "so awful that I tossed it in the burn bag after page 25".

It used to be the case that if a movie explicitly condemned CIA actions - such as Under Fire - the studios could be counted on to bury it. That was no longer true after Costa-Gavras's Missing won Jack Lemmon an Oscar in 1982, and Iran-Contra slimed the CIA in the late 1980s. Since then, "CIA renegade" has become a dependable staple not just of big-budget movies like Enemy of the State, but also of a million straight-to-cable action-schlockfests starring Chuck Norris or Steven Seagal.

Other films that the CIA has provided assistance to include the 1992 film version of the Tom Clancy novel Patriot Games, and the 2003 movie, The Recruit. According to director Roger Donaldson When the Agency commits to providing their support to a project, that can include letting a photographer shoot stills to help in designing sets, or, in certain instances, having the actors spend time in the building. By visiting Langley, the director says, he came to "understand how the space worked and looked. I needed a real sense of how a new person would feel when they saw the place for the first time."

In 2012, Tricia Jenkins released a book, The CIA in Hollywood: How the Agency Shapes Film and Television, which further documented the CIA's efforts at manipulating its public image through entertainment media since the 1990s. The book explains that the CIA has used motion pictures to boost recruitment, mitigate public affairs disasters (like Aldrich Ames), bolster its own image, and even intimidate terrorists through disinformation campaigns.

The CIA urged its field stations to use their "propaganda assets" to refute those who did not agree with the Warren Report. An April 1967 dispatch from CIA headquarters said: "Conspiracy theories have frequently thrown suspicion on our organization, for example by falsely alleging that Lee Harvey Oswald worked for us. The aim of this dispatch is to provide material for countering and discrediting the claims of the conspiracy theorists, so as to inhibit circulation of such claims in other countries." The Agency instructed its stations around the world to "discuss the publicity problem with liaison and friendly elite contacts, especially politicians and editors" and "employ propaganda assets to answer and refute the attacks of the critics. Book reviews and feature articles are particularly appropriate for this purpose."

The Central Intelligence Agency has made use of mass media assets, both foreign and domestic, for its covert operations. In 1973, the Washington Star-News reported that CIA had enlisted more than thirty Americans working abroad as journalists, citing an internal CIA inquiry ordered by CIA director William E. Colby.