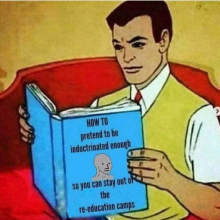 The Jewish Defense League (JDL) is a Jewish far-right religious-political organization in the United States, whose stated goal is to "protect Jews from antisemitism by whatever means necessary". While the group asserts that it "unequivocally condemns terrorism" and states that it has a "strict no-tolerance policy against terrorism and other felonious acts", it was classified as "a right wing extremist group" by the FBI in 2001 and is considered a radical organization by the Southern Poverty Law Center. According to the FBI, the JDL has been involved in plotting and executing acts of terrorism within the United States.

Founded by Rabbi Meir Kahane in New York City in 1968, the JDL's self-described purpose was to protect Jews from local manifestations of antisemitism. Its criticism of the Soviet Union increased support for the group, transforming it from a "vigilante club" into an organization with a stated membership numbering over 15,000 at one point. The group took to bombing Arab and Soviet properties in the United States, and targeting various alleged "enemies of the Jewish people", ranging from Arab-American political activists to neo-Nazis, for assassination. A number of JDL members have been linked to violent, and sometimes deadly, attacks in the United States and in other countries, including the murder of the American-Arab Anti-Discrimination Committee regional director Alex Odeh in 1985, the Cave of the Patriarchs massacre in 1994, and a plot to assassinate Congressman Darrell Issa in 2001. The National Memorial Institute for the Prevention of Terrorism's database of identified terrorist organizations, which is compiled by official contractors and consultants to the United States government and is supported by the Department of Homeland Security, identifies the JDL as a "former terrorist organization". The JDL's website states that it rejects terrorism. Several JDL members and leaders died violent deaths, including Kahane himself, who was assassinated by an Arab-American gunman.

According to the Anti-Defamation League, the JDL consists only of "thugs and hooligans". The group's founder, Meir Kahane, "preached a radical form of Jewish nationalism which reflected racism, violence and political extremism," attitudes that were replicated by Irv Rubin, the successor to Kahane.

In 1968, while Kahane served as the associate editor for the Jewish Press, the paper's office began receiving numerous calls and letters about crimes being committed against Jews and Jewish institutions. Violence in the New York City area was on the rise, with Jews comprising a disproportionately large percentage of the victims. Elderly Jews were being harassed and mugged, storeowners were held up and Jewish teachers were assaulted while Jewish synagogues were defaced and Jewish cemeteries desecrated.

After discussing the matter with a few congregants, Kahane put out an ad in the Jewish Press on May 24, 1968, which read: "We are talking of JEWISH SURVIVAL! Are you willing to stand up for democracy and Jewish survival? Join and support the Jewish Defense Corps." Shortly after, Kahane renamed the group the "Jewish Defense League," fearing that "Corps" would be construed as too militant. The group's declared purpose was: "to combat anti-Semitism in the public and private sectors of life in the United States of America." Kahane stated that the League was formed to "do the job that the Anti-Defamation League should do but doesn't."

Shortly afterward, the Jewish Defense League put out a 4-page manifesto which stated: "America has been good to the Jew and the Jew has been good to America. A land founded on the principles of democracy and freedom has given unprecedented opportunities to a people devoted to those ideals" yet now finds itself threatened by "political extremism" and "racist militancy." Furthermore, the manifesto stated that the organization rejects all hate and illegality, believes firmly in law and order, backs police forces and will work actively in the courts to strike down all discrimination. When asked about Jewish Defense League members breaking the law, Kahane responded: "We respect the right and the obligation of the American government to prosecute us and send us to jail. No one gripes about that."