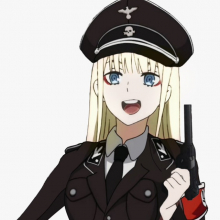 He is best known for creating a number of films critical of the Central Intelligence Agency (CIA), linking them to terrorist attacks during the Cold War in Africa, South America and Europe. The most notable of these are the Gladio (1992) series about Operation Gladio which featured on BBC's Timewatch and The Maltese Double Cross – Lockerbie (1994) about Pan Am Flight 103.

Allan Francovich produced, wrote and directed The Maltese Double Cross – Lockerbie, a documentary which challenged the official view that Libya was responsible for the sabotage of Pan Am Flight 103. Instead, an unwitting drug mule, with links to Hezbollah and to both the Drug Enforcement Administration (DEA) and the CIA, was argued to have carried the bomb on board the aircraft. The documentary was funded by Tiny Rowland.

When his British production company, Hemar Enterprises, released the film in November 1994, it was immediately threatened with legal action by lawyers acting for a US government official (believed to have been the DEA's Michael Hurley). Screenings of the film at the 1994 London Film Festival, at the Institute of Contemporary Arts and at several universities were prevented. But Labour MP Tam Dalyell ignored libel warnings and went ahead and showed the film at the House of Commons on November 16, 1994.

John Pilger described Francovich's films as "extraordinary" political documentary films, with particular praise for The Maltese Double Cross - which "destroyed the official truth that Libya was responsible".[7] Lee Kreindler, the head of a legal team for American families of Pan Am 103 victims, alleged that Francovich approached the American families and misrepresented himself by not mentioning the Libyan financing of the film and by saying he was a friend of John Merritt, a journalist from The Observer who had the respect of the American families. Daniel Cohen, the father of Pan Am 103 victim Theodora Cohen, said that in his eyes Francovich was "completely discredited" since Francovich did not mention the Libyan financing. Jim Swire, the head of a British Pan Am 103 family group, supported Francovich.

Documentary about the murder of nuns in El Salvador.
On Company Business (1980)

Documentary about the CIA, with exclusive use of interviews with current and former CIA employees such as David Atlee Phillips and L. Fletcher Prouty. Won the International Critics Award for Best Documentary at the Berlin International Film Festival.
Gladio (1992)

Francovich was born in New York City, to a Jewish engineering family.[2] His father, Aldo Francovich, worked as a mining engineer for Cerro de Pasco mining company in Peru; as a child he lived in high altitude mining towns and witnessed the extreme poverty of the miners. He attended an elite preparatory school in Lima then came to the U.S. to attend Notre Dame University, where he completed a B.A. He lived in Paris for several years, studying freelance at the Sorbonne before coming to Berkeley. There he finished an M.A. in Dramatic Arts at UC, Berkeley; he also studied film briefly at Stanford and received a grant to study film from the American Film Institute in 1970. He and translator and writer Kathleen Weaver were married in 1970; the two separated amicably and were divorced in 1986. She collaborated on his films during the time of their marriage.

Francovich suffered a fatal heart attack in a Customs area at George Bush Intercontinental Airport in Houston, Texas, on April 17, 1997 whilst entering the United States from England; he was 56.

His films and papers are archived by the Pacific Film Archive, in Berkeley, California.