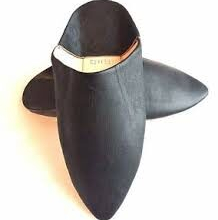 lababouche
Published on May 1, 2022
Source https://rumble.com/v135e7p-lettre-ouverte-de-christine-deviers-joncour-jai-vu-des-enfants-ventrs-.html
I heard their delusions, far from imagining that they would go to the end of their madness. I saw them, at the time, gobble up, stuff themselves on the back of the beast. I saw them, their eyes bigger than their stomachs, looting and gorging themselves. Giving themselves artificial letters of nobility that their position and their power conferred on them. I have seen them puff out their chests and from their small height, despise the people by giving the Palace of Versailles royal parties to celebrate with dignity the coming to power of the new "monarch".
The processions of official cars like so many carriages and the garden parties of these new upstarts soon to be wigged. I saw the wives and their children shamelessly playing Marie-Antoinette under the paneling, whose pastime was limited to organizing fine dinners with friends and visiting the Mobilier national as one goes to Ikea. Free here. Especially when we failed to restore pieces of art and period furniture.
I saw them and I paid dearly to have been a witness, not being from the seraglio… I saw the slush funds of the tax-exempt ministries, the shameless stewardship fees inflate all drunken shame, drivers and bodyguards for life and full accumulated pensions, retro-commissions on state contracts, planes equipped like flying palaces, jets on the tarmac ready to take off at the slightest whim or when tsunamis, earthquakes and other catastrophes allow to call the hordes of photographers, after going quickly to the hairdresser and the fashion designer, to be immortalized at the foot of a jet with a bag of rice on your back.
I have seen bunkers from Africa filled with banknotes and car trunks transformed into Ali Baba's cave for large-scale distribution of money, state contracts passed into the hands of thieves, accounts well hidden in countries with blue lagoons, (…)
I saw children disembowelled, women raped, stoned, tortured. I saw a plane with a red cross on its side rescue starving African populations by shooting at them, and I even saw some crocodiles eat unfortunate bulky witnesses and others fall from windows, heart attacks and cancers dazzling.
All this shame, all these crimes for even more Power and Riches. A world in the hands of International Finance, Bilderberg, criminal New World Order, IMF, GAFAM etc, to maintain, lock the system, protect an elite and enslave the peoples by brutalizing them and depraving them by reversing values! We give them an ounce of power and they lose all common sense.
And the higher you go in the hierarchy, the more they give themselves to heart joy, lose the sense of reality and cross cheerfully and without qualms the unacceptable. And at the highest level of the pyramid they no longer have anything human. They are monsters. Would power, the supreme aphrodisiac, dehumanize them to such an extent? And the money, essential engine to all these excesses...
How dare they pose as givers of lessons, talk about probity, integrity, frankness, when their aberrations multiply and corruption cases and other misdeeds splash them? (…) We have become a huge people of sheep to be sheared, while democracy has long ceased to exist, and everything now depends on the power of resistance and revolt of the peoples.
The enslavement of populations has moved up a gear with this "covid PLANDEMIC" by creating FEAR! And the big moneymakers of the planet and their puppets make it clear to us that only their profits count, that the well-being of citizens is of no importance whatsoever. Their “PLANDEMICS” and their deadly vaccines will finish the dirty work for an announced world depopulation: The project is not new, believe me!
We are all sacrificed on the altar of profits. For the past few decades, everything has been done to destroy us. And television and the media under orders have participated in this mass stupefaction which has led us to impotence by washing our brains. However, I want to remain optimistic. We are at a major turning point, a change of civilization.
It is urgent that all citizens wake up and take back control of their countries, their sovereignty and eliminate this financial vermin in order to reinject into the coffers of the states for the collective good, the incredible fortunes hijacked by a handful of mafiosi without faith or law and dangerous.
It must be realized that, whatever your political side or your outlook on life, if you are not part of their elite, you will be crushed. Also, we must unite urgently because we are walking towards the abyss! And if the world becomes chaotic, it also means that what has been missing is individual spirituality.
There is no compromise with the external elements of the world in action and the consciousness is still inactive in the face of this chaotic world. On the contrary, consciousness can reconnect at any time and in any situation with spirituality as an ascensi