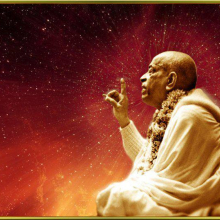 Mukunda.dasa108
Published on Aug 21, 2020
* DONALD TRUMP WAS CONTROLLED 100% BY JEWS IN 1990 AFTER HE OWED THEM OVER 4 BILLION DOLLARS!
* THE SIMPSONS REVEAL IN 2000 THAT TRUMP WOULD BE PRESIDENT OF THE U.S.A. AND BE THE FALL GUY FOR THEIR PLANNED ECONOMIC CRASH.
* IN THE SAME SIMPSONS EPISODE WE SEE LISA LOOKING JUST LIKE HILARY CLINTON TAKING OVER AFTER TRUMP HAS APPARENTLY DESTROYED THE ECONOMY.
Trump Foretold By The Jewish Protocols https://youtu.be/kyIjK2NOQ2o
Following the U.S. stock market crash of 1987, a global recession hit New York real estate. New construction stalled, and several big developers declared bankruptcy.
As the real estate market slumped, Trump ran out of cash.
At the beginning of 1990 he owed a combined $4 billion to more than 70 Jewish banks, with $800 million personally guaranteed by his own assets, according to Alan Pomerantz, a lawyer whose team led negotiations between Trump and 72 banks to restructure Trump’s loans. Pomerantz was hired by Citibank but became lead counsel for the negotiations.
SO DONALD TRUMP DID NOT BECOME THE PRESIDENT OF THE U.S.A. INDEPENDENTLY!!! HE OWES THE JEWS MONEY SO IS OWNED BY THEM. THEY HAVE BEEN PREPARING HIM FOR THE PRESIDENCY FOR A LONG TIME. THE PROTOCOLS OF ZION REVEAL THIS TRUTH: “Freedom is only an ideal: nobody really has it. But if you want to win an election it’s good to preach the ideals of freedom, even if you plan to deprive your voters of it [ISN’T THIS WHAT TRUMP DOES!!!!!!] …….In order that our scheme may produce this result we shall arrange elections in favor of such presidents who have some dark, undiscovered disgrace in their past, some sinister secret – then they will be trustworthy agents for the accomplishment of our plans out of fear of revelations and from the natural desire of everyone who has attained power, namely, the retention of the privileges, advantages and honor connected with the office of president ……. Only someone trained from childhood to serve as a leader can truly understand politics.
The Protocols of Zion”
SIMSONS WRITER TALKS OF AMERICA HITTING BOTTOM [ECONOMIC CRASH] UNDER TRUMP
Earlier this year Simpsons writer Dan Greaney ex­­plained why they had predicted a Trump presidency back in 2000 .
“It was a warning to America,” he said. “That just seemed like the logical last stop before hitting bottom. It was consistent with the vision of America going insane. What we needed was for Lisa to have problems beyond her fixing, that everything went as bad as it possibly could, and that’s why we had Trump be president before her.”
http://www.prabhupada.org.uk/articles1/jew_owned_trump.htm