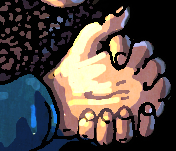 Autism_Reloaded
Published on Jul 8, 2020
A highly respected doctor and current Minnesota State Senator has been speaking out about his concern over the validity of Covid death certificates, and as a result, is now being investigated by the Board of Medical Practice in Minnesota.
Scott Jensen, Republican Senator from District 47 in the Twin Cities of Minnesota has a long history of health service and in 2016 was the recipient of the Minnesota Family Physician of the Year Award.
“The Minnesota Academy of Family Physicians (MAFP) has selected Scott Jensen, M.D., of Watertown, MN, as the 2016 Family Physician of the Year. This award is presented annually to a family physician who represents the highest ideals of the specialty of family medicine, including caring, comprehensive medical service, community involvement and service as a role model…
Dr. Jensen has been a practicing family physician for more than 32 years. In 2001, he opened Catalyst Medical Clinic in Watertown. He is praised for his tireless commitment to his patients and the community.”
In a heart-felt facebook video post, Jensen expresses his concern over being targeted for essentially doing his job, which is looking at data and information and making informed choices based on his experience and wisdom. Apparently, however, his statements have enraged the cancel mobs, and an anonymous complaint was filed against him.
What are his alleged crimes or malfeasances that could result in him losing his license, job and livelihood?
Specifically, the investigation makes two allegations against him, both of them related to public statements about Covid-19.
Firstly, he is being targeted for comparing numbers of Covid-19 cases to the typical number of flu cases that Minnesota has each year. Something which Jensen notes has been done numerous times by Tony Fauci and many other public health officials.
Additionally, he has been speaking out about the issue of Covid death certificates, expressing concern that people who did not die of Covid are being counted as Covid deaths, a practice which falsely inflates mortality rates and irresponsibly contributes to the climate of fear around the disease.
Jensen notes:
“In terms of the death certificates, on April 3rd I got an email fro the Department of Health that said very clearly that we should report Covid-19 on death certificates if it is assumed to have caused or contributed. Well, that’s not how we do death certificates. The official ICD-10 coding for April 1st, 2020 through September 30th, 2020, during the timeframe in question says this: If the provider documents suspected, possible, probable, or inconclusive Covid-19, do not assign. Use 07.1, which is Covid-19 disease. It says, assign a code explaining the reason for the encounter, such as fever, or cough, or shortness of breath.
I’ve got the Department of Health in Illinois, where one of the directors says that just because we put Covid-10 down on the death certificate as cause of death, that doesn’t mean that the patient died of Covid-19. She said that.” ~Dr. Scott Jensen
By bringing attention to this matter, Jensen prompted the Department of Health to issue two subsequent clarifications, indicating that they wold not list non-confirmed cases as Covid-19. In other words, Jensen was not spreading misinformation about death certificates, he was in fact right to express concern, but never-the-less, he is being investigated and is at risk of losing his career.
In Jensen’s recent video he goes on to quote statements by Fauci and other officials that are nearly identical to some of the things he is being investigated for, making the case that he is being targeted and singled out by someone.
And that’s a big part of the issue here. In cancel culture, we never get to know who our accusers are. Anonymous statements can be made by anyone with or without a political agenda, and the result is typically devastating for good people.
Across the world, censorship of information is taking a quantum leap forward, and we are fast approaching a reality where corporations and governments have the ability to instantly silence anyone who speaks up against the mainstream narrative and paradigm.
Jensen closes out the video with a few important questions that all Americans should aske themselves.
“Do we think it’s okay for physicians to certify death certificates that someone died of Covid-19 even if there was never a Covid-19 positive test obtained? Even if there was never a Covid-19 test done? Even if a Covid-19 test hadn’t even been considered? And maybe the worst even if, even if the family had no clue that the death certificate they received for their loved one was going to say Covid-19?” ~ Senator Scott Jensen